Friendships: The Medicine of Life

I recently lost one of my best friends to cancer. I am overwhelmed with the amount of sadness I feel…nothing really prepares you for this. My friends are helping to ease the pain. You could argue that maybe this is because my partners in the practice (who are also my friends), are going through the same grief, and therefore we are commiserating with each other. But, my non-physician friends do just as great of a job in helping me to feel both physically and emotionally better, even without having that personal connection to my friend who passed away.

There have actually been studies that have looked at the relationship between friendships and health and overall lifespan. A systematic review, published in PLoS Medicine in July 2010, retrieved data from a large body of literature—148 studies involving 308,849 participants. The researchers reported that stronger social relationships were associated with a 50% increased chance of survival over the course of the studies, on average. Other studies have suggested that those with close personal friendships live 20% longer than those without them. Interestingly, the people with strong family ties (only) did not have the same positive benefits as those with friends. This has been studied in cancer patients – the ones who socialize in groups and have close connections with friends tend to live longer than those who are alone or with family only.

I was very fortunate to have a close friendship with Dr. Mark Wilstrup for 18 years. Although our time was cut short, the benefits gained from being around such a healthy, positive person have been tremendous. And Mark, who had very good friendships, actually lived for 17 months from the time of his pancreatic cancer diagnosis…much longer than most with this aggressive disease. Now I have turned to my other friendships and my family to help me heal from the pain. Their support gave me the strength to write and read this tribute to Mark at his memorial service. I will share it here for those of you who were not able to attend.

And, if you haven’t talked to your friends yet today, give them a call…it is great for your health!

Over the past 18 years we spent many days together both at the office and hospital, but became especially close after he helped me through a rough time in my life.

Helping people was what Mark was all about – whether it was a medical mission trip, a patient who was going through a difficult time, a friend or family member suffering from an illness – Mark was there with genuine compassion, heart-felt advice and humor to help people through the difficult times.

I remember when my own father was battling cancer and going through chemotherapy, Mark invited him to his church to watch a Christmas performance and reunited him with an old friend to help cheer him up. Mark had a unique way of bringing people together that will never be forgotten.

Mark was a physician in the practice at Women’s Care Florida – OB&GYN Specialists for nearly 30 years, delivering over 5,000 babies. He was one of Orlando’s BEST doctors.
He loved his job, especially delivering babies – he never got tired of bringing a new life into the world…..especially on his birthday.

Yes, every June 17th (his birth date), Mark would purposely place himself on-call in the hospital in order to celebrate his birthday with newborn babies that he delivered. Yes, he would even sing the “Happy Birthday song” to them!

Mark had many loyal patients through the years, many of which are here today, who understand what an amazing, compassionate doctor he was – a guy who ALWAYS tried to do the right thing for his patients.

He was genuinely interested in them and their lives – he laughed and cried with his patients through the years, and even when he was suffering with his own illness, would ask them how they were doing first.

He often used humor to help brighten their days. He had a way of making them feel good by saying “hey youngster” to those who may not have been so young, and “hey girl” to the rest. It was a daily occurrence to hear that laugh of his down the hall – an unmistakable “he-he-he” kind of laugh.

Mark was my regular lunch date – he would never miss a meal. I can still hear him saying “you need to feed me, Sheryl – I need some nutrition”.

Our lunch dates were sacred times for us because we would discuss everything going on in our lives- from our disdain for certain politicians, the business of our medical practice, his illness, and most importantly his family.

Family was so important to Mark – his parents, his brother Steve,and especially Lisa and his girls. He was so proud of Alex and Jackie, and would have a new story to tell about each of them every week. His twinkly blue eyes would light up every time he talked about them – whether it was an accomplishment of theirs, or simply a moment spent with them over the weekend.

Mark was sometimes annoying with his love of big words! I was never able to completely get through any of his annual Christmas letters without a dictionary. The more obscure the word was, the more Mark wanted to use it.

Many of you have been following his journal on Caringbridge, and know that he was an amazing writer. He was a lover of quotes and scripture passages, and knew how to tie them together to share an inspiring message. If you haven’t read his journal, you need to…it is very inspiring, and so “Mark”.

In his journal Mark makes many references to playing Scrabble on his iPad to help pass the time during surgery recovery and chemotherapy treatments. He actually had some pretty amazing spiritual encounters during this game. He played words like “GO OUTLIER” when he was recovering from his surgery and “QUIT” at the end of his first round of chemo treatments. Ironically, I’m sure many of us will remember Mark as an outlier, who never quit.

I spent the final day of his 1st round of chemo with him. During his treatments we played a game of scrabble. I had a notion that if Mark was half-sedated and plugged into chemotherapy, that I might actually have a chance at beating him at Scrabble. I waited until he was about half an hour into his meds, and fired up the iPad. As Mark tells the story, he “eked’ out a win against my double letter triple word “JANE” (which he disputed as really being a legitimate word) and drew a Q to go with his “U” to make the word “QUIT”. He really won by a lot of points, but he was trying to make me feel better.
Mark was an Ironman. That means that he was able to do something that far less than 1/100th of a percent of the world’s population ever completes to be given that title.
An ironman has to complete a 2.4 mile swim followed by a 112 mile bike ride and ending with a 26.2 mile full marathon distance run. The mental and physical strength needed to do this is beyond most of our reach.

Mark has pictures and medals to show that he officially completed two of these races, but I would argue that he really finished three of them. That third race was the longest, hardest, most painful one of them all, but he finished it with the strongest sprint and the biggest smile on his face.

Last week, Mark finished that final Ironman race strong – sprinting to the finish line – delivering twins, seeing patients, talking with dear friends and colleagues – and, in his own words, was ”happy, happy, happy- beaming from ear to ear – collecting his finishers medal, rubbing his legs and wondering where he left his swim goggles.”

Mark was a spiritual man. There was never any question about how much he loved The Lord. He always volunteered to lead the prayers at meals and events, and you could tell that he had a great relationship with Jesus, his Saviour. He went to church twice on many Sundays, and knew his Bible and scriptures well. His faith in the Lord became even stronger this past year, as his earthly body began to fail. He is a great example of faith and hope during really difficult times and certainly a wonderful role model to us all.

As we say our final goodbyes to my dear friend, Mark, I am reminded that:

“God didn’t promise days without pain, laughter without sorrow,sun without rain; but, He did promise strength for the day, comfort for the tears, and light for the way.”

I pray in the days, months and years ahead you all find comfort in remembering the special moments Mark had with each of you. As we celebrate his life, I think it’s important to share final thoughts, shared by Mark himself in his writing:

Spend your energy on what is important.

“Do not fear, only believe.”

“A faithful friend is the medicine of life.” Ecclesiastes 6:16 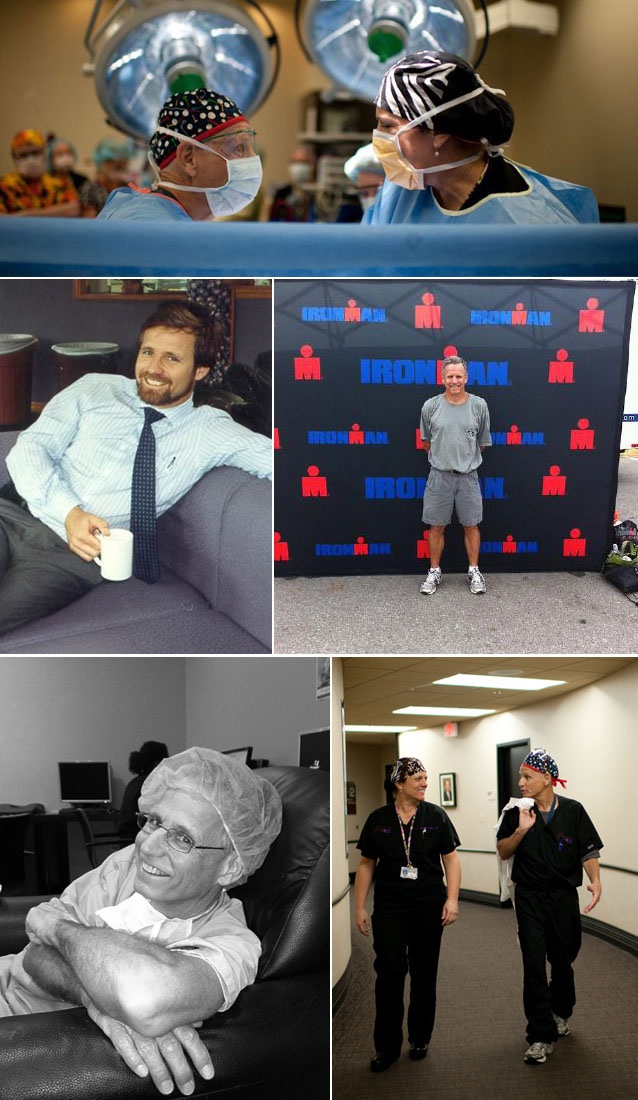